July 30, 2020: In a ten-second video, a policeman wearing a helmet is seen talking with a young man (Alphonse, 16) in the sensitive neighborhood of Planoise (Besançon, France). Suddenly, the policeman gives him a violent blow to the face. The video stops at this moment.

In the face of this gratuitous violence, which too often has no major repercussions for its protagonists, it is our duty to denounce these events and ensure that they are never forgotten. The forces of law and order are the security image of the country and must protect the people. While respecting a code of ethics (Decree No. 2013-1113 of December 4, 2013). They are required to adopt a correct behavior towards the citizens.

But who protects us from the police?


Once again, MS Graphisme and Mtbk. Clothing  are teaming up to offer a T-shirt in support of young Bisontin Alphonse, a victim of police violence. The elements on the T-shirt and the visual itself were designed with the sole aim of conveying our vision of this unacceptable fact as faithfully as possible.


The helmeted policeman looks down on young Alphonse, straight in the eyes. A metaphor for the feeling of superiority constantly disclosed by the police towards neighbourhood youth. Conversely, young Alphonse is standing below the representative of the French order. Indeed, he remains impotent no matter what happens, as in most similar incidents recorded to date. Below the visual, one can read “who protects us from the police?”. This sentence is inspired by Mathieu Kassovitz’s film “La Haine” released in 1995 and already dealing with police violence. In the film, we can see a policeman explaining to Hubert that “The majority of cops in the street, they are not there to hit you, they are there to protect you” to which Hubert answers “And who protects us from you?”. It reflects exactly the situation that Alphonse experienced.

The entire visual is affixed on the back of the t-shirt to illustrate these events that take place in troubled situations. In spite of the concrete proofs that denounce the facts, they are in the majority of cases forgotten, hidden. Finally, “justice for Alphonse” is printed on the chest next to the heart. The goal is to strengthen our support for the situation that has unfortunately become too commonplace in our lives. 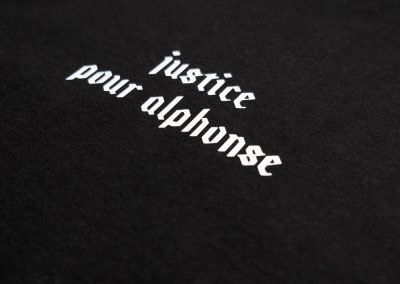 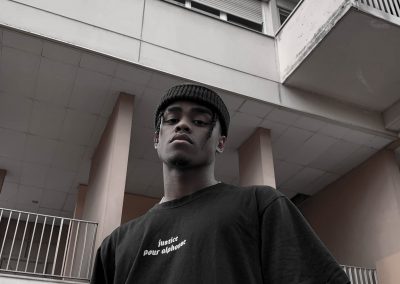 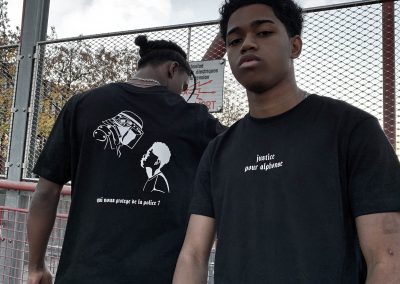 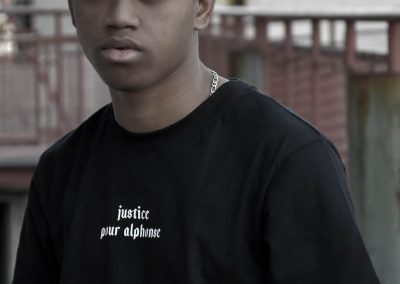 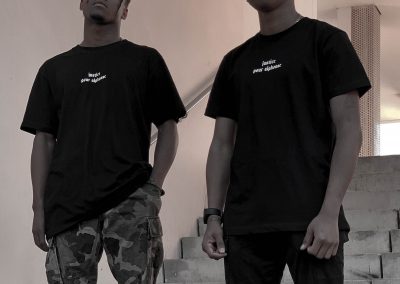 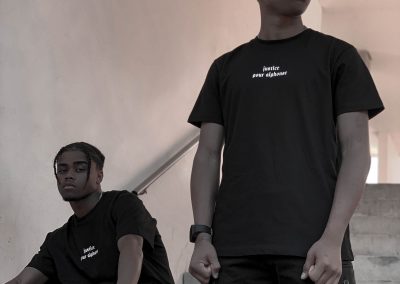 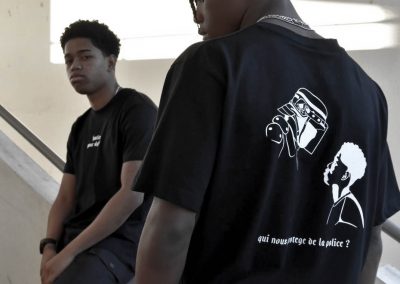 [ TEASER OF THE COLLECTION ]

Bye a t-shirt and support Alphonse 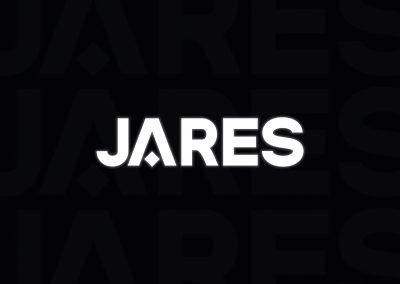 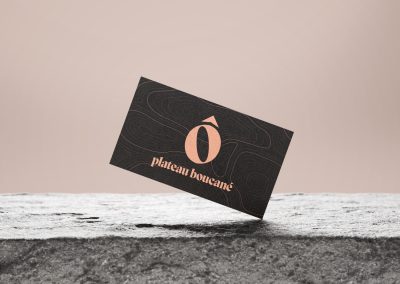 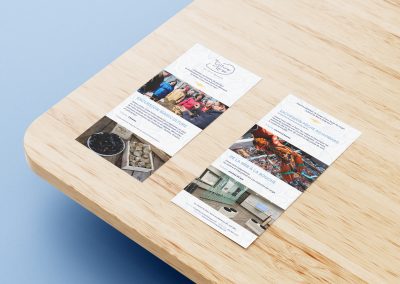